What’s the Best Electric Chainsaw in 2020?

Electric chainsaws are a great option if you’re looking to do work around the yard and will mostly be doing light or moderate work such as limbing, pruning, or demolition work. Comparing electric chainsaws vs. gas, electric chainsaws are usually lighter, quieter, easier to handle than gas models and much easier to maintain. My team and I have reviewed the 5 best electric (corded) chainsaws for a variety of needs. If you’re not sure which kind of chainsaw is right for you, check out our chainsaw buying guide which walks you through step-by-step.

If you’re on a budget but still want a dependable model that can handle light and moderate cutting, take a look at this excellent electric (corded) chainsaw. It’s easy to set up and use like most electric models but comes with a 16” blade which is longer than most less expensive models. This gives you extra reach which is a plus when you’re pruning. It’s also got a 14.5 amp motor which is at the upper end of electric chainsaws and comes with a 3-year warranty.

The saw comes with a tool-less tensioner (what us regular folks call a “knob”). This is much easier than models that require a wrench. Chains tend to loosen frequently when you first use them, so make sure to tighten the tensioner regularly, especially at the beginning. It has auto oil lubrication and a window indicator so you can tell how full it is.

Some users note it seems to run through a lot of bar oil so you’ll want to make sure you don’t let it run dry. We discuss bar oil more below under the accessories section.

If you’re just pruning branches and aren’t planning on cutting down anything larger than a sapling, the Limb N Trim might be all that you need. It’s got a small 8 amp motor but that’s more than enough for limbing and the smaller motor makes it extremely light at just over 6 pounds, one of the lightest on the market. It’s also got a nice 14” bar to give it a decent amount of reach and it’s also very affordable.

One negative that comes up is the stock chain that tends to dull really quickly. This may be partly due to the chain oiling system that requires you to push a bulb manually. It’s not automatic like many other saws. If you don’t do this often enough, the chain will go dull quickly.

Remington isn’t as big a name as Husqvarna but they’ve actually been around since the 1920’s and in the chainsaw business since the 1950’s so you’re getting a company behind the product.

If basic pruning is your goal, you might also want to consider the Worx JawSaw which offers great control, lets you cut directly on the ground, and can handle limbs up to 4 inches.

If you have to reach further for your pruning, consider the Greenworks 8.5 Foot Cordless Pole Saw. Remember it’s never a good idea to work above shoulder height witha chainsaw. So if you’ll be reaching up at all, a pole saw might be a better option.

If you want quality, there are few brands with a better reputation in chainsaws than Oregon. The company is one of the biggest names in chains and accessories. In fact, many other chainsaw brands use Oregon chains. They’re that good. But they also make an excellent electric chainsaw.

The CS1500 is built for larger jobs that need more power. It’s got a 15 amp motor, right on the upper end of electric chainsaw motors. It’s also got an 18-inch bar which is longer than most electric chainsaws. This means it has the size and power to handle larger jobs like cutting up logs into firewood.

The chainsaw comes with a large chain-tensioner knob which is easy to grip with gloved hands and an automatic oiler for the chain. It also comes with Oregon’s unique PowerSharp chain sharpening system which really is self-sharpening. You just pull a lever on the side for a few seconds and it sharpens your chain on the fly in a few seconds. Honestly, most of us don’t sharpen our chains as much as we should because it’s a pain. With the PowerSharp system, you should always have a sharp chain which makes cutting easier and faster.

The only real downside here is size and weight. At 13.2 pounds (with bar and chain) and with an 18-inch bar, it’s heavier and longer than many electric chainsaws. It’s also on the more expensive end. That said, if power and quality are what you’re looking for, this might be the right electric chainsaw for you.

If you’re mostly going to be trimming and limbing and are looking for an affordable chainsaw with a solid reputation, the Sun Joe may be just right for you.

It’s got a moderate 9 amp motor which is plenty powerful for trimming and pruning but not ideal for larger jobs. It’s also very light at just 7.7 pounds which really makes it maneuverable and easy to handle.The chainsaw comes with standard safety features such as a kickback brake and self-lubricating chain. It also has a safety lock button to prevent accidental starts.

It’s also one of the most affordable models on the market and comes with a standard two-year warranty which is longer than many brands. Their customer service is well-regarded for being easy to access and honoring returns without a hassle.

If you don’t know the company, Sun Joe is a brand of Snow Joe, a rising star in the outdoor power tool space. The company is well-known for the Snow Joe electric snow shovel and has been getting strong reviews as they expand into other outdoor power tools.

One drawback is the lack of tooless chain tensioner (a knob you can turn by hand) which is found on many electric chainsaws. This means you have to use a wrench/screwdriver tool (which is included) to tighten the chain. Also, there is no chain brake. This means the chain will keep moving for a few seconds after you release the trigger.

If performance and quality are your main concerns and you have the budget, Makita makes a fine electric chainsaw capable of handling heavier jobs. Makita is one of the most well-known and reputable names in power tools. You’ll find Makita tools on just about any professional job site which means they have to perform and last.

That quality is noticeable throughout this chainsaw. It’s got a fairly low profile and rubberized grips that are very comfortable which can make a big difference when you’re doing a lot of cutting. There’s a lock button to prevent accidental starts and a large trigger switch with “soft start” which makes for smooth start-ups.

Like many electric models, it has a tool-less chain tensioner which has a nice design that makes it easy to turn and lock down. The oil reservoir has a view window so you can keep an eye on the chain oil.

It also has a couple of features that aren’t as common. First, it has a built-in current limiter which senses when the motor is drawing too much power and prevents overload. This is a really helpful feature on electric models where you might be doing heavier work. It’s also got a chain-brake which stops the chain within a fraction of a second once the trigger is released. This is an excellent safety feature and one not included on all electric chainsaws. Finally, the Makita UC4051A comes with a one-year warranty on workmanship and materials.

There really aren’t many cons for this chainsaw except for weight and price. At 12.3 pounds it’s going to be heavier than models like the Sun Joe or Worx chainsaws, but it’s geared toward heavier work. It’s also more expensive than most other electric chainsaws, but then again the Makita is made to pro standards.

Whatever kind of chainsaw you get – cordless, electric, or gas – you’ll need bar and chain oil to keep it running smoothly and not wear out your chain. Don’t confuse this with the engine oil you mix with gas to run a gas chainsaw, not the same thing. Some old hands might tell you that motor oil is fine for chains but it’s not as tacky meaning it won’t stick as well and you’ll kill your chain faster. In short, protect your investment with real chainsaw oil. Two of of the best chainsaw bar and chain oils are from Husqvarna, one of the biggest names in chainsaws, and Oregon, one of the biggest names in chains.

This might be obvious, but don’t forget the extension cord if you choose electric. It’s important to get a rugged outdoor-rated extension cord that’s at least 12 gauge, capable of handling the current that most chainsaws draw. We recommend the Southwire Outdoor Extension Cord which comes in lengths from 25 to 100 feet and is a real contractor-grade product with a beefy vinyl outer layer and lighted end to let you know it’s plugged in. It’s also made in the U.S.A.

Electric chainsaws offer a great combination of price, performance, low maintenance, and light weight. Our top pick is the WORX WG303.1 16-Inch Electric Chainsaw which offers an excellent price, dependability, low weight, and plenty of reach with its 16-inch bar. 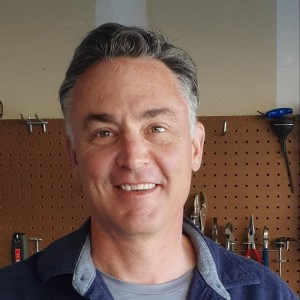 Hi, I'm Donovan, owner and head handyman here at House and Tool.
PrevPreviousWhat’s the Best Chainsaw in 2020?
NextHow to Tell if an Extension Cord is for Outdoor UseNext
Menu